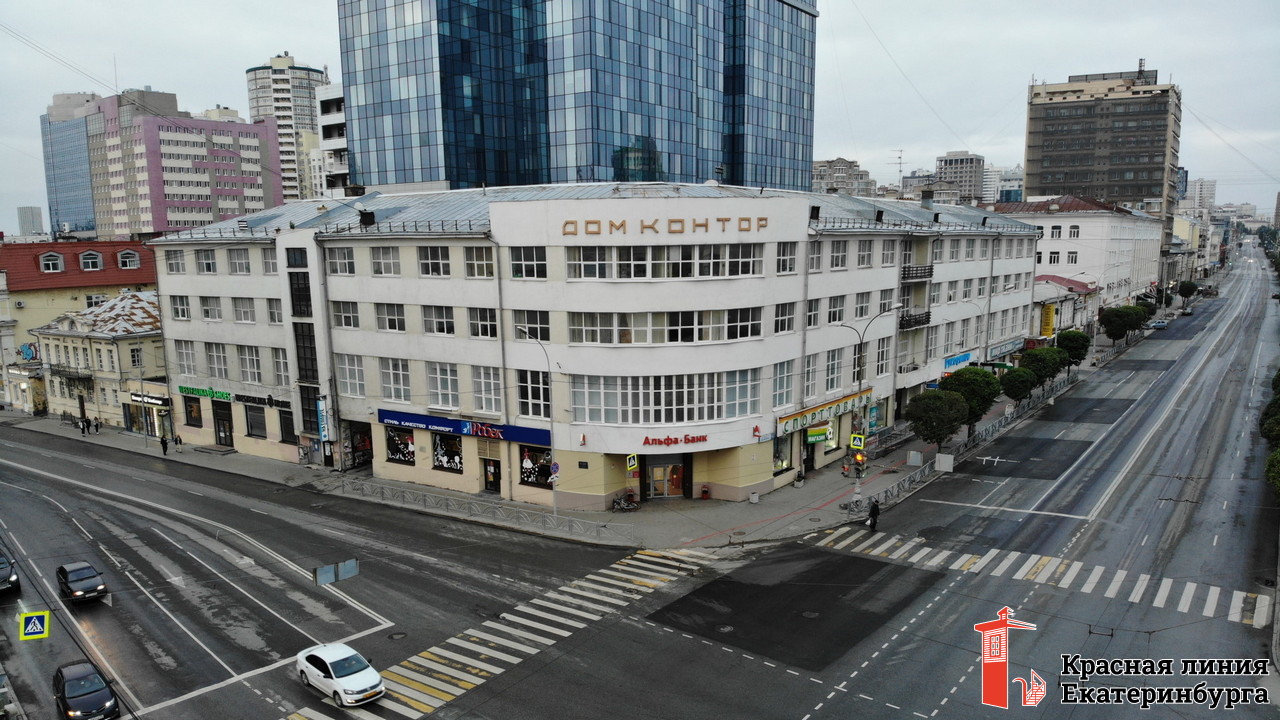 The plan for the Bureau House was created in the 1920’s under the new economic policy of the Soviet Government. This temporarily allowed commercial activity and private enterprises to be operated under state control. The new building was intended for use as a multi-functional business centre. However by the 1930’s the policy was discontinued and the period of Stalin industrialisation began.

The building was designed in the constructivism style by the architects, G P Valenkov and V I Smirnov. Built in 1929 it is a typical example of the office buildings of that period. Today it is used as was originally planned, with the spaces occupied by businesses and shops.