32. The House of Defence 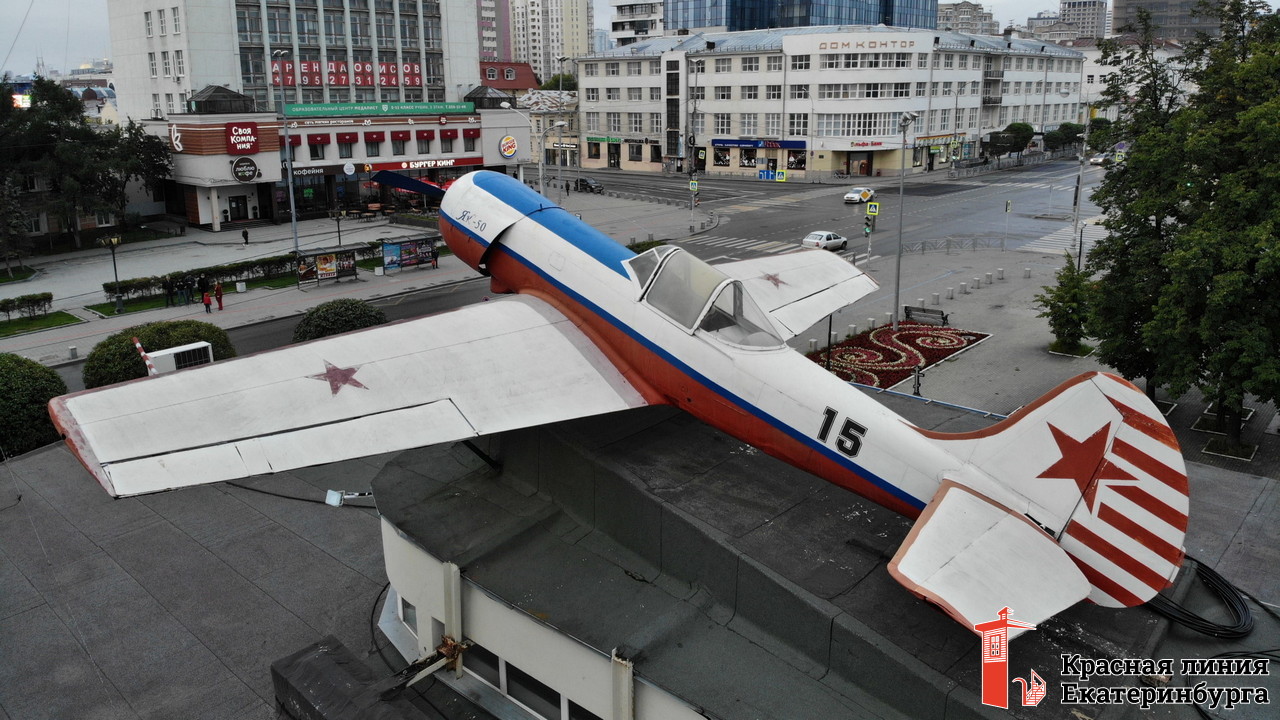 In the 1930’s this constructivism style building was planned to  rise above the low houses and demonstrate the strength of the army and navy with its height and power. However due to funding constraints the architect, G P Valenkova, decided to turn the building into a giant ship. Viewed from the side of Malyshev Street the building captures this idea. In addition to the building, an airplane was installed on the roof of the first floor. It sits on what could be the prow of the ship. Originally it was a Soviet U-1 Training Biplane which was later replaced with the Yak-55 Sport Aircraft.

The building remains a unique example of constructivism and its architect went on to work as the Scientific Secretary of the Architectural Commission at Sverdloblispolkom.