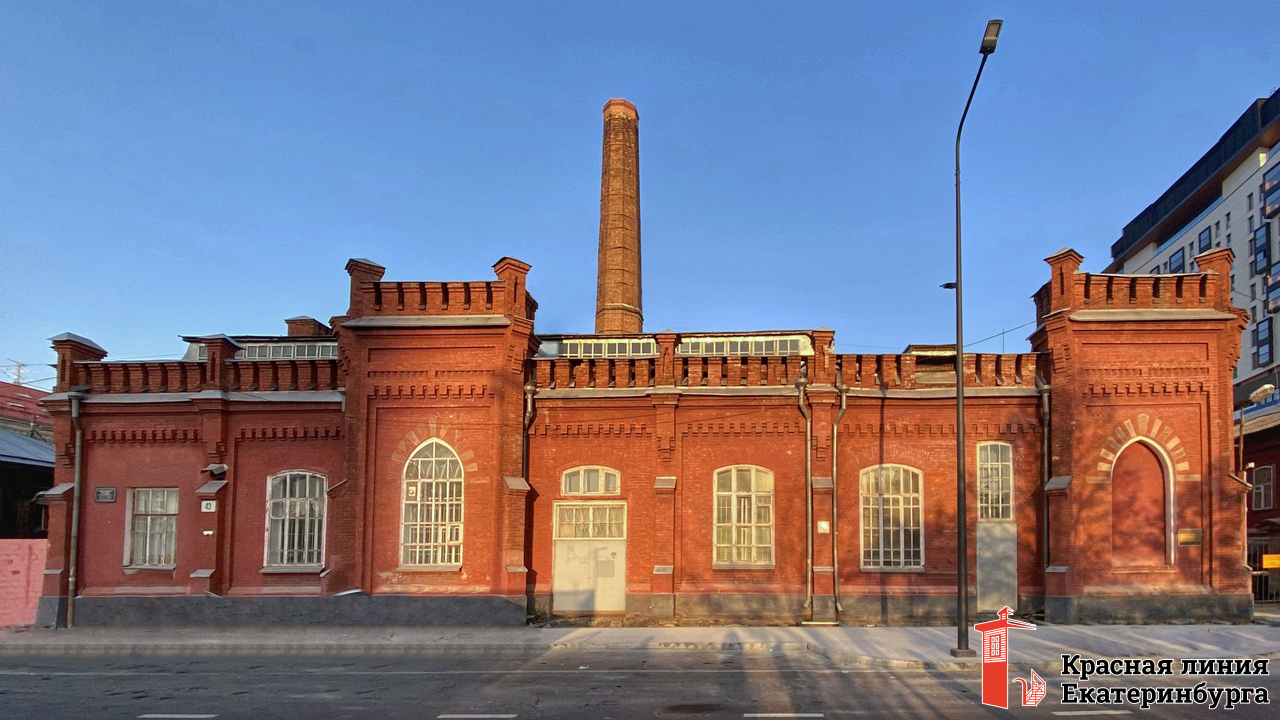 This elegant brick building of 1894 was the first electric power station in the city. Designed by the architect, Chirkovsky, the complex included the building itself, a two-story outbuilding and an octagon pipe on a stone pedestal. The first wires in Ekaterinburg appeared on the Main and Pokrovsky Avenues and the newspaper ‘Ekaterinburg Week’ wrote: “For the first time since the beginning of the existence of our city, its citizens managed to admire an unprecedented electric illumination here.”

During the Soviet period numerous and more powerful stations were constructed in other parts of the city. In 1922, on the fifth anniversary of the October Revolution, the Central Power Plant was named ‘Luch’. The building remains largely unchanged from when it was first built and is now occupied by the Energy Management of the Tram-Trolleybus Management.