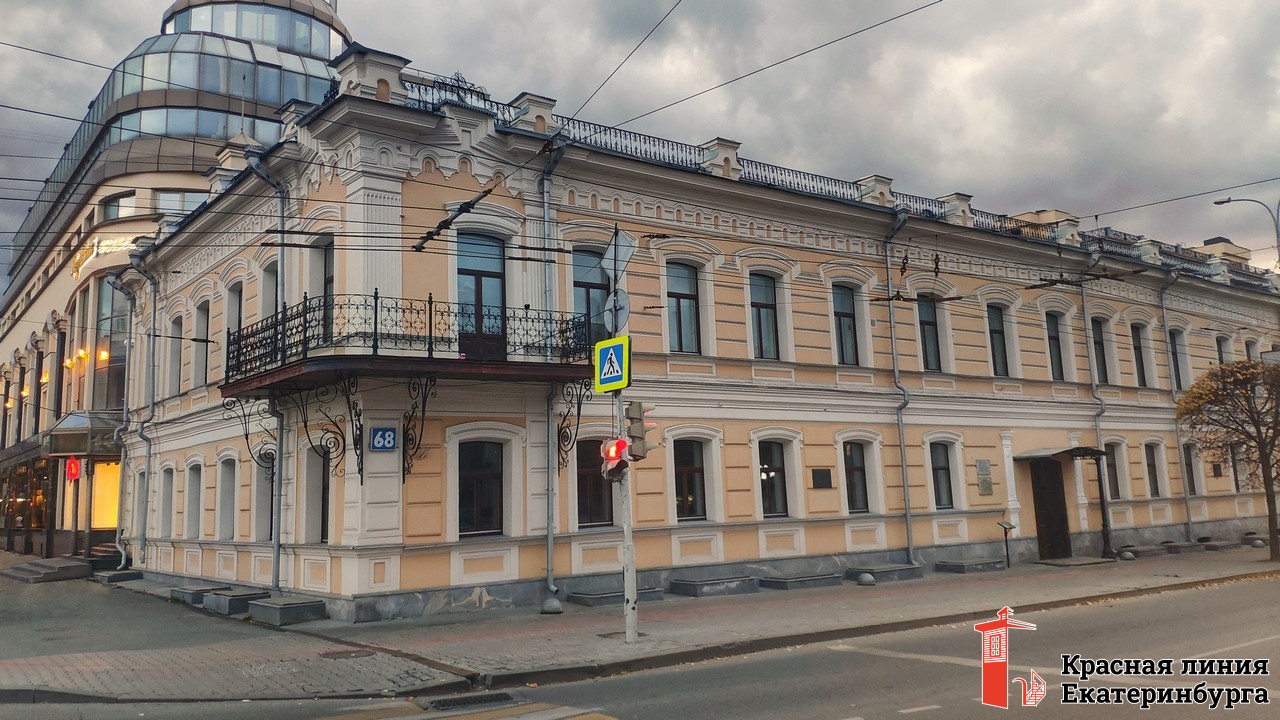 In 1873 the American Hotel belonged to the Kholkin family and was run by Pavel Vasilyevich Kholkin. He was a tradesman, and then elevated to a merchant of the 2nd guild. This was the most elegant hotel of Ekaterinburg during the 19th century. The hotel advertised: “First-class cuisine managed by a chef invited from Moscow. A restaurant. Billiards Attentive maid.” A year later the following advertising was added: “Baths. Russian and foreign newspapers and magazines.” In addition to the advertising, the owners of the hotel resorted to a cunning trick - they paid extra for cab drivers to take people straight from the train to their hotel.

After the revolution all private hotels were closed. In 1918 the building housed the Emergency Commission to Combat Counter-Revolution, Sabotage and Speculation. Then the Council of National Economy. From 1967 the Sverdlovsk Art School has been located here.