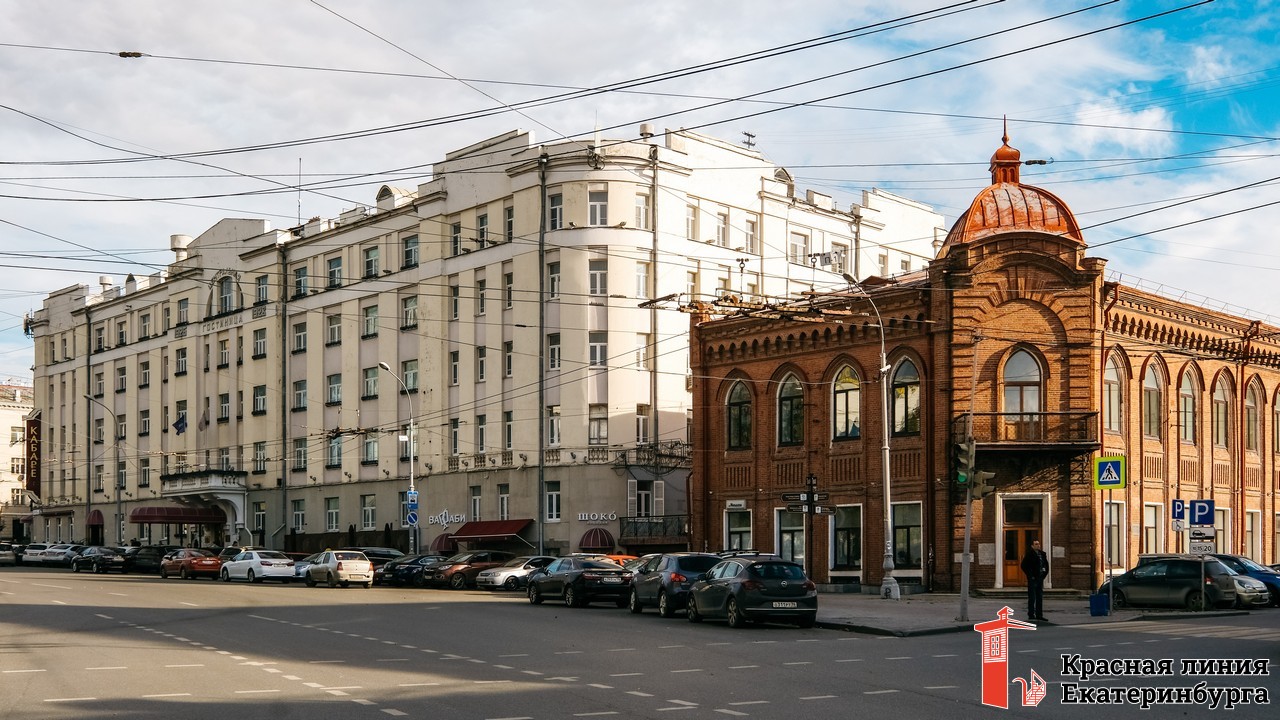 This was the first Soviet built hotel in the city and known as the ‘Central’. The decision to build such a big hotel, with 250 rooms, was the result of Soviet industrialisation. The area had become very popular with engineers and specialists as a destination for business trips. The building was finished in 1928 and was on an unprecedented scale: concrete columns, high ceilings, stucco, wide marble staircases, carpet paths, chandeliers and huge mirrors. It was also one of the first buildings in the city equipped with elevators. For a long time this was the premier hotel in the city and it hosted celebrities including the political VIP, Fidel Castro.

During the Second World War, the hotel welcomed evacuated families into refurnished apartment rooms. Food shortages during this time resulted in the interior items being sold or exchanged. In 1946 the ‘Central’ reverted to a hotel and gradually restoration started on the interiors. Large-scale renovation of the hotel took place in 1993 and at the same time, its new name appeared - Hotel Ekaterinburg-Tsentralny.