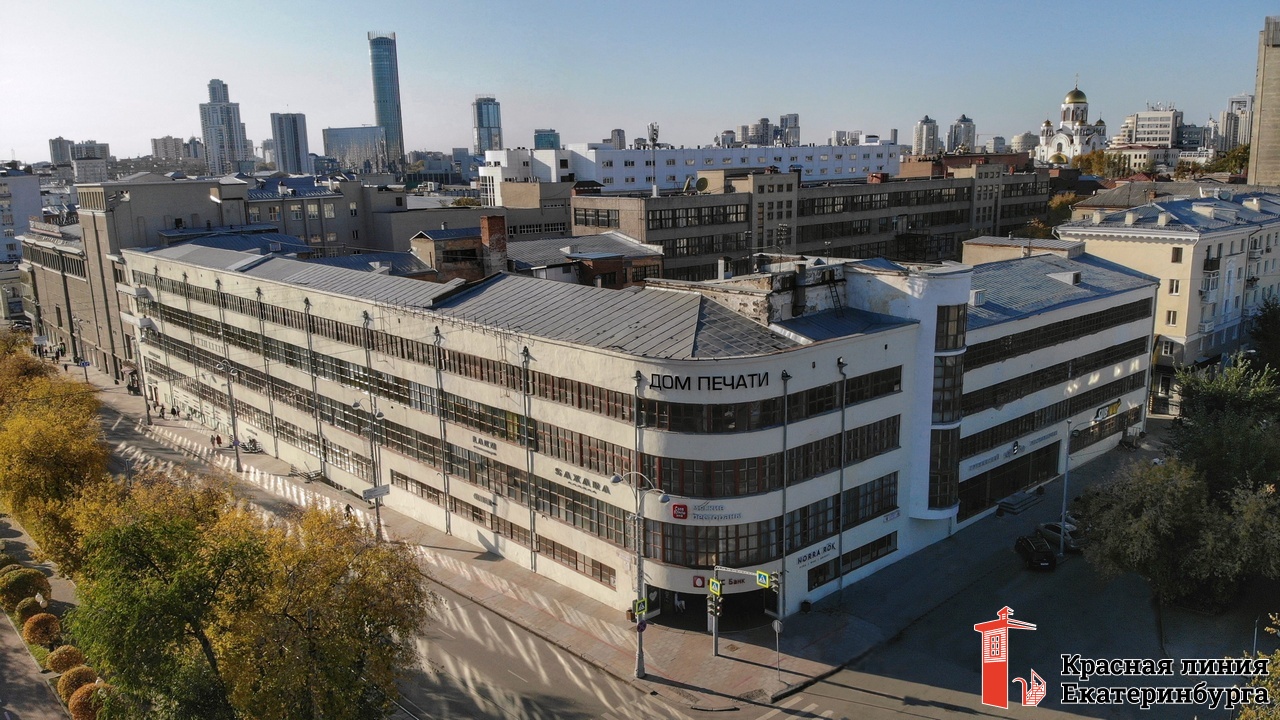 This is another fine example of the Soviet constructivism architecture. At the end of the 1920’s and 1930’s Ekaterinburg’s central and eastern parts were rebuilt. This was to demonstrate the socialist way of living and to symbolise modern engineering solutions.  The Printing House was built during 1929–1934 and its long ribbon windows are said to resemble newspaper columns and the continuity and speed of the printing process. During the Soviet period it published “Shift!’ and the ‘Urals Worker’ newspaper.

Today this building is divided between bureaus, offices, cafes and restaurants. The printing press moved into the inner chambers of the building and the workshops are used as temporary exhibition spaces.