20. The building of the First Municipal Theater, the Cinema Coliseum 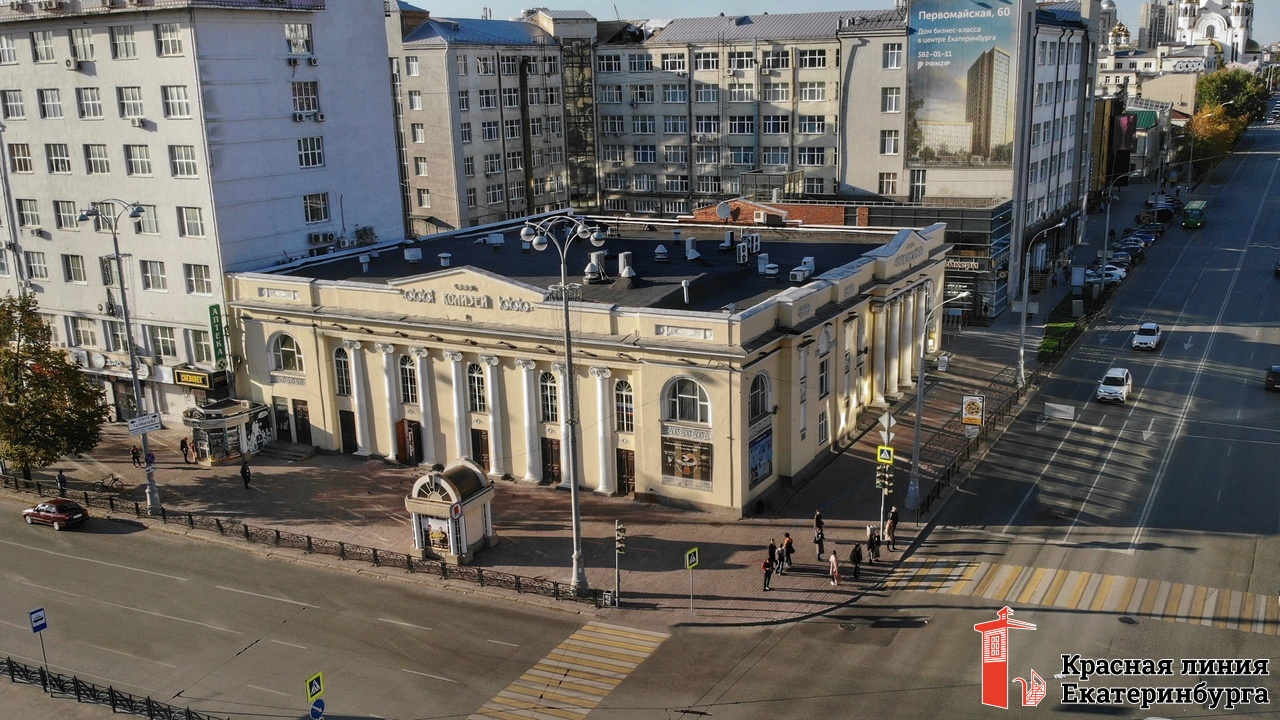 In the first half of the 19th century Ekaterinburg had become a rich city due to the gold rush. The city manager, Vladimir Glinka, decided that the city had to look as beautiful as European Capitals and he initated the construction of the first theatre. In 1847 the first plays were staged: the comedy ‘Priyemysh’ and the vaudeville ‘Deserter’.

In 1912, due to the opening of the Opera Theater in Ekaterinburg the building was re-equipped as a Cinema Coliseum. Since then it has operated continuously and today is a modern working cinema. It consists of two cinema rooms, a larger one with 280 seats and a VIP room with 33 seats.