15. The Church on Blood in honour of all Saints Resplendent in the Russian Land 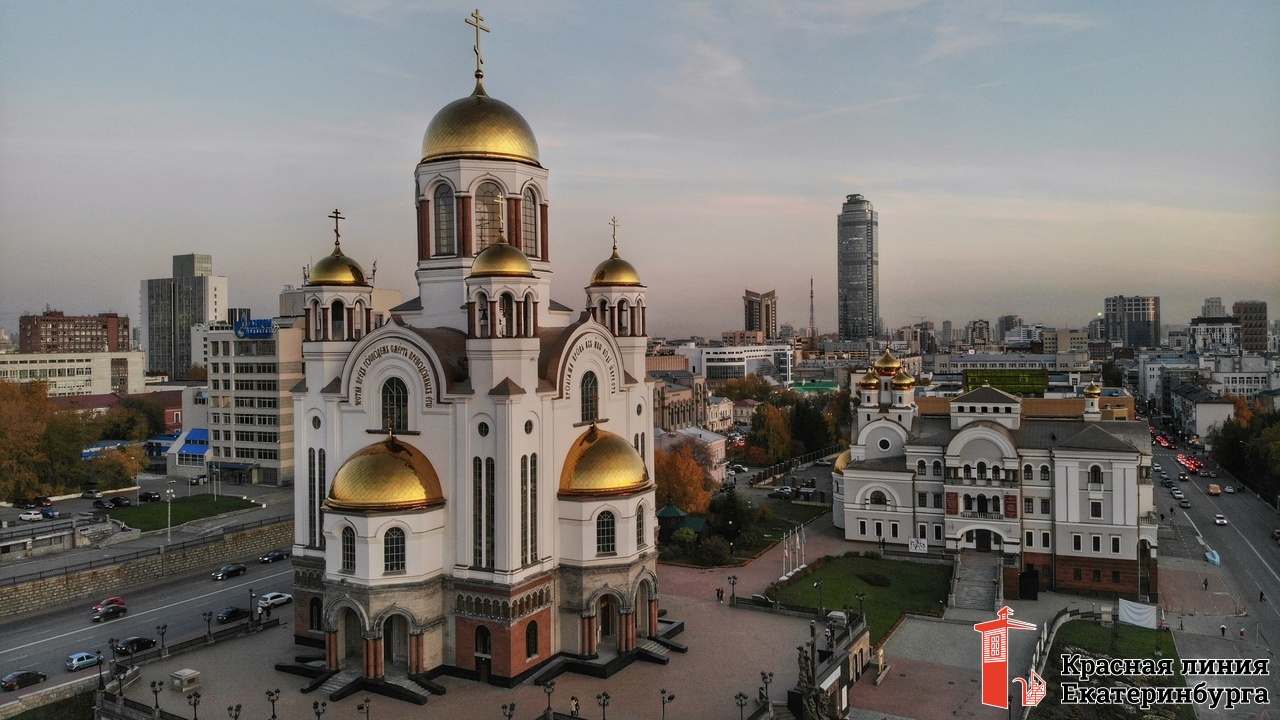 The church is built on the place where the house of the engineer Nikolai Ipatyev once stood. This house became famous as the last place of imprisonment and the execution of Tsar Nikolay II, his family and faithful servants in 1918. They were bought to Ekaterinburg during the civil war and for many years the traces of their execution were carefully hidden.

In 1977, Ipatyev’s house was destroyed as a way of discouraging pilgrimages to the site. For many years it was a vacant block marked by a small cross. In 2003 a five-dome church in Russian-Byzantium style was constructed. It has the dedicated plaque: In the Name of All Saints on the Russian Land who Shined. From one side of the lower temple to the upper temple, you can walk the 23 stairs — which is the number of years during which Nikolay II ruled. A sculpture is located along the stairs depicting Nikolay II and members of his family. This sculpture was created by K. V. Gruenberg.