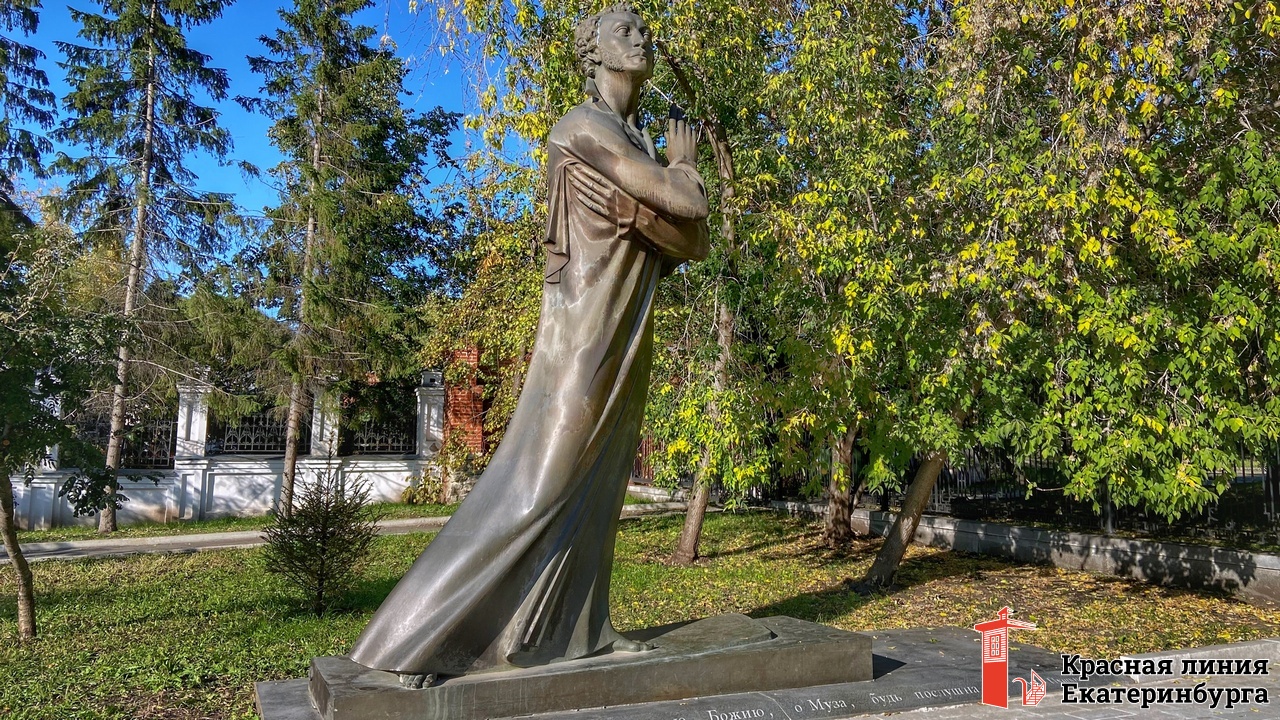 The Literary Quarter is a series of restored wooden houses dedicated to Ekaterinburg’s literary heritage. Some of them are museums and include one of the largest literary museums of Russia — the United Museum of Ural Writers, created in 1980. There are five other literary museums in the quarter, each dedicated to a different subject and include the celebrated local writers Dmitry Mamin-Sibiryak and Pavel Bazhov.

Nearby is the monument to the great Russian poet Alexander Pushkin. It depicts the poet in a long dress with closed hands on his chest, seemingly under the power of inspiration. The nearby park hosts concerts of classical music, poetry marathons and other events.