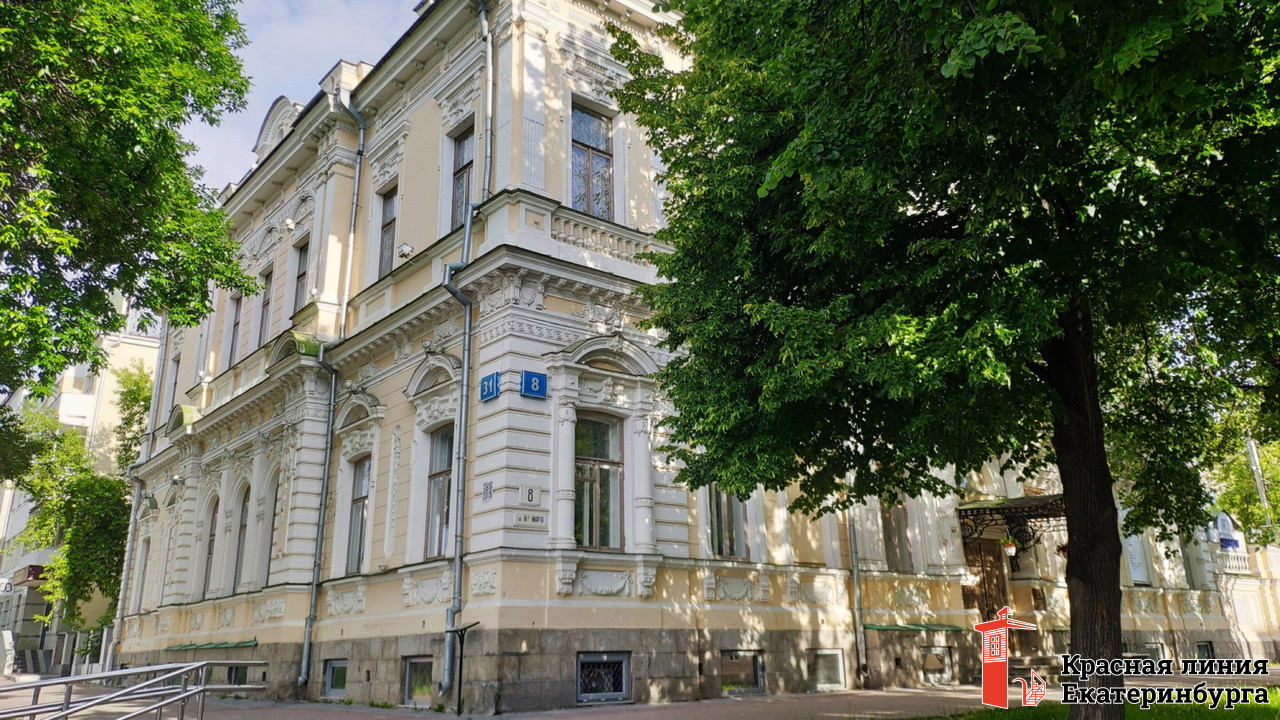 This beautiful stone mansion was constructed in 1890 as a project of Ekaterinburg’s chief architect, Yuliy Dyutel. The building was first owned by Ilya Simanov but during its construction was bought by the famous Ural owner of goldmines Stepan Tupikov. The prosperouse businessman was newly married to Yevgenia Grigorievna Tupikova and the final result of the construction was a beautiful family estate.

After the death of the Stepan Tupilov, his wife became the sole owner of the mansion. Pious and generous, she liked to surround herself with children. Every year Mrs. Tupikova organized a Christmas Eve Ball and personally welcomed her young guests. Since 1988 this building has been called the Actors House and belongs to the Sverdlovsk Region Department of the Russian Theatre Workers Association Sverdlovthis. Mrs Tupikova’s Christmas tradition has continued and each year the actors, in period costume, invite families to the New Year’s celebration ‘Christmas Tree in Tupikova’s House’.